For the fun of it, decided to change up the format a little to challenge myself and to get even more people involved.

So… #3Questions LIVE was born.  I’ll explain more in the episode below, but long story short, YOU are now the guest.

Here are the questions I answered in Episode 1:

And here are the questions I have for you:

You can respond in the comments here, on YouTube, or email me: matt@performanceoptimist.com.  You can also submit YOUR questions for me to address in another episode.

Thanks for watching, listening, and participating!!!

Want to SLEEP BETTER?  Ensure your Supervisors are ready to LEAD with these two resources:

The Myth of Employee Burnout Supervisor Training Program – takes the worry and stress out of supervisor development!

NEW BOOK – “ALL CLEAR! A Practical Guide For First Time Leaders and The People Who Support Them”.  Available for PRE-ORDER through Nov. 10!

FOMO – You know, that nagging feeling that something cool is going to happen and you’re going to miss it!

Fear Of Missing Out.

And with the IAAPA Attractions Expo in Orlando just around the corner… the FOMO is REAL! 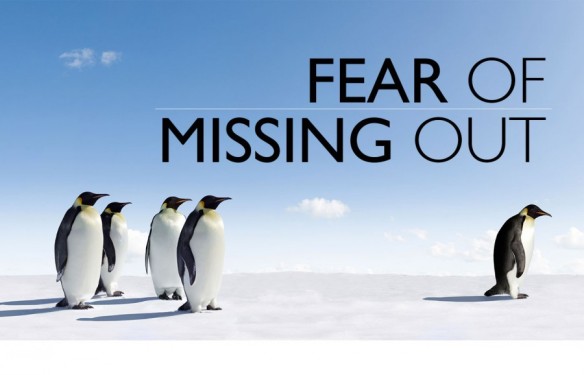 If you are looking to take on some new knowledge, here are some of the educational opportunities I HIGHLY recommend!

And if you miss a cool exhibitor (like my friends below), the FOMO will be unbearable!

Okay, seriously. Missing out on these last two things (not specifically IAAPA related, but still not to be missed!) SHOULD be keeping you up at night!

Just say NO to FOMO!!  Get involved and take it all in!

My wife and I just spent a few wonderful days with friends in the Black Hills of South Dakota.  Mount Rushmore, Deadwood, Crazy Horse, Wall Drug… it was a GREAT time!  We even got to stop and see my friends Cameron, Vivian and Mark at Rushmore Tramway Adventures (with a bonus ride in the Mammoth)!

Because it was October, the area was in the wind-down phase of their busy season.  We caught our friends at Rushmore Tramway Adventures on the very last day of operation, and other establishments were closing up soon or were at skeleton staffing levels.

Unfortunately, two experiences stood out with underperforming/unprepared staff members, but they were received very differently.  Here they are – would love to hear your take.

When analyzing the groups’ reaction, it confirmed something I have believed for a long time about service… people don’t necessarily want service perfection, but they do want effort and don’t want to hear excuses.  To me, the bartender telling us she wasn’t normally a server felt like an excuse.

I think it felt like an excuse because she didn’t put forth any effort to overcome the deficit.  We joked that she was probably also responsible for housekeeping, maintenance and renting kayaks at the lake during the summer… and she would have rather been doing any of those activities at that time.

It may be a fine line, but server 2, after announcing that it was his fourth day, never returned to the scene of the crime.  He didn’t use his lack of experience as a crutch. He smiled, answered our questions, apologized for errors, made efforts to improve, and actually did improve, right before our eyes.

Here’s what I find interesting… server 1 was probably in her late 30’s or early 40’s (I am a terrible judge of age), and had a worn name tag, like she had been working at this establishment for some time. She’s the experienced one who fell back on the “this isn’t my normal job” excuse. You would think, hope and maybe even expect that with her level of experience at that hotel/restaurant, that she would be able to jump in to many different positions and perhaps not excel, but at least not act like a fish out of water, either.

By contrast, server 2 was probably in his early 20’s, admittedly in his 4th day of employment at that restaurant, and didn’t seem to possess a TON of worldly work experience.  He was the one who busted his hump to make things right.

And who knows, maybe server 1 was like server 2 on her 4th day on the job?  Maybe she LEARNED how to shirk responsibility and play the victim from the people around her and her – GASP – leaders! Since we know that leaders have a tremendous impact on employee morale, engagement and productivity, she could just be reacting to her environment.

What are the lessons?

What do you think? What do you do to prepare your team for the end of the season?

Seating is limited!  Click the pic for details and tickets!