It’s 6:25 am and I’m out for a ride on my bike. It’s still dark, making the fluorescent lights from the gas station that much brighter. As I pull closer, I see a figure lurking around one of the pumps. Closer still, the figure isn’t so much lurking, as he is working. In fact he appears to be cleaning the gas pump. Washing away the dirt, grime and personal residue of the previous days business. Just as I am about to wildly applaud his efforts, I see what he is using as a cleaning implement. 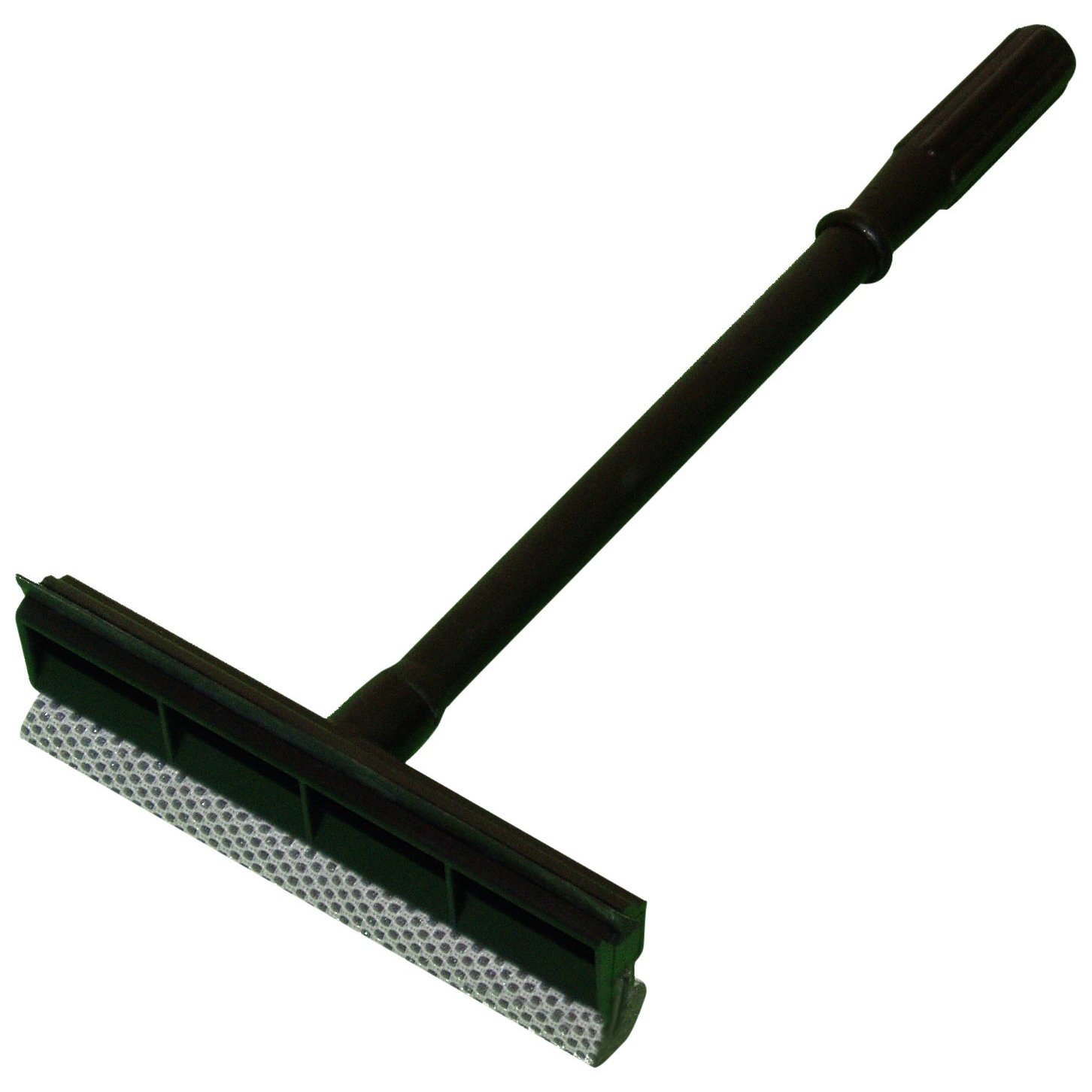 In fact it’s the same squeegee that his customers use to remove bugs from their windshields.

I’m no expert on cleaning tools and techniques, but I can’t imagine that this squeegee is the proper tool for this job.

I would hazard a guess that nowhere in his companies operating procedure manual does it state to use the squeegee to clean the surface of the gas pumps. It may not say ANYTHING about cleaning the gas pumps. Yet here he is, diligently doing just that.

Here is what is really ironic. This gentlemen works at a gas station/convenience store, and probably has much more appropriate cleaning materials at his disposal.

Let’s look at what possibly led to this moment.

All of this adds up to a craftsman working with improper tools.  While the old adage, “a poor craftsman blames his tools” may come to mind, I think there are other places that fault could be placed in this situation.  A leaders’ job is to provide guidance, support, and resources so their employees can do the job they were hired to do.  Does it sound like that was the case here?

What would you do if you were Jake’s boss?

About the author: Matt couldn’t be more proud to have released his first book, “The Myth of Employee Burnout” last week.  So far the reviews have been very positive… and Matt doesn’t even mind that most of those reviews are from his friends.

Many of you have been hearing me talk about this for months, and now the book “The Myth of Employee Burnout” is ready to go! 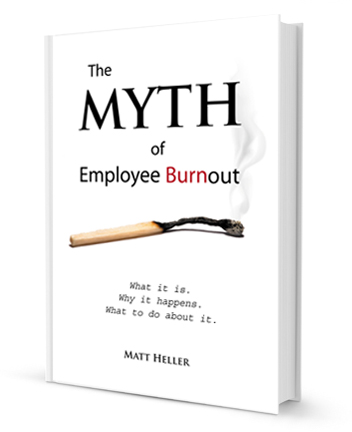 In case you haven’t heard, this book follows my quest to uncover the truth behind why some employees start off strong but eventually fizzle out.  What I found was very interesting, and will open many leaders’ eyes to how they may be causing burnout, but also how they can fix it!

“The Myth of Employee Burnout” explores how every facet of the ‘employee life cycle’ (from recruiting to termination) can play a role in determining if an employee will continue working at a high level or not.  I then give practical and strategic steps you can take in order to reverse the effects of burnout, or eliminate it altogether. 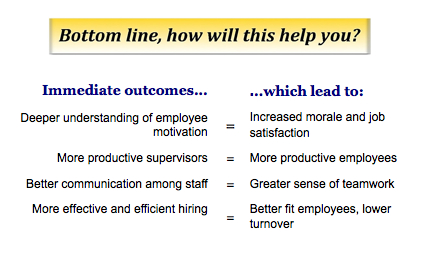 Here are some very kind words about what happened when the information in this book was applied in the real world:

“I continue to use your teachings on a daily basis, whether it’s in regards to our “motivation levels” to combat employee burnout, or just on day-to-day recognition and ways to compliment employees on what they are doing right. Overall this season has been such a success “guest compliment-wise”, and I am convinced it is because of your help.”

How to get your own copy!

There are two ways to order:

The book will also be on sale in the bookstore at the IAAPA Attractions Expo in Orlando, FL, Nov. 18-22, 2013.
For other inquires, please contact me directly at matt@performanceoptimist.com or 407-435-8084.
Thanks so much for your support!

I recently started following Julie Winkle Giulioni on Twitter. She co-authored a book that I thought sounded intriguing, even though when I first saw the title, I misread it.  The real title of the book is:

Help Them Grow OR Watch Them Go

Reading quickly, here is how I read it the first time:

Help Them Grow AND Watch Them Go

The more I thought about it, the more I came to think that both versions were actually valid.

Julie’s point, and it’s a good one, is that “career development is the single most powerful tool managers have for driving retention, engagement, productivity and results, and that if you don’t help your employees grow, they are going to go elsewhere.”  In other words, develop them or lose them.

Based on my first misread, my interpretation was a little different.  I thought she was going to say that as a leader we have to help our employees grow and then get out of their way, allowing them to take the reins and carve their own paths. Kind of like winding up a top

and letting it go.

After all, isn’t a leaders’ job to develop the next generation of great people, employees and leaders? If that’s true, at some point you have to let your employees take the guidance you have given them and let them run with it.

It might be scary to some, but your employees may just surpass your achievements. And that’s okay. In fact, that’s the point.

If we didn’t learn and progress and surpass the previous generations’ achievements, you might be experiencing this story as cave drawings rather than reading it on a computer.

The sad part is that I’ve known leaders (and you probably have, too) whose outlook was exactly the opposite of this.  THEY were the ones with the power and information, and their employees were on a need-to-know basis – and for the most part they didn’t need to know.

But the good leaders I know don’t take their worth or satisfaction from the amount of knowledge THEY possess.  Their satisfaction comes from seeing others succeed, knowing they were a part of that persons growth and development.  It’s a longer journey, but they see that in fact they ARE needed because each person requires different communication, recognition and guidance, and that can only come from a skilled and caring leader.

So if you don’t want to see them go, AND you want to see them grow, give them the information and guidance they need and get out of the way.  You just might be surprised what people can do when given the chance.

About the author: Matt is proud to partner with Scot Carson of Amusement Advantage to provide detailed trend analysis data based on AA’s mystery shopping reports.  Matt’s insights provide additional information about a facility that leaders can use to strengthen teams, improve communication and boost the bottom line!

The other day, Linda and I had a hankering for breakfast. Of course, it was 2:30 in the afternoon, but still, omelets and bacon were on our minds. So off to a local all-day breakfast joint we went.

Our server could not have been better, I think her name was Carol. She was friendly, efficient, and was amazing at anticipating what we wanted and needed. The food was hot, fresh and tasty.

Where’s the controversy? The drama? The ranting and raving about less is more?

It happened during a “table visit” by one of the managers. I really shouldn’t call it a visit, it was more like a drive-by, meaning it was brief (at best) and the manager’s stride was never broken. I knew it was some sort of interaction, because he said “hello”, and may have even (quickly) said, “how are you?”

Even though the restaurant was far from busy, this attempt at a visit didn’t bother me. I am sure there are restaurant aficionados who would say this is unacceptable, but it was a pleasant enough interaction and everything else with that visit had been great.

As he passed us, I responded to his question by saying, “how are you?” And this is when it happened.

“I’m tired,” the manager stated. “I’m ready to go home. I opened today and now it looks like they are going make me close.”

If his words and sentiment weren’t bad enough, he said it as he continued to walk away from us, I guess expecting us to turn around to respond in some way. We didn’t.

So now you probably know what I mean by “less is more”. I would have been totally fine with his drive-by visit if he had left out the part about not wanting to be there. I think that’s something I learned early on in my customer service career – if you, as an employee, don’t want to be there, why should your guests want to be there?

As strange as it sounds, though, I can almost guess where these comments came from. I would imagine it was his way of relating to us in a “work sucks” kind of way. Everyone hates their job, right? No one would want to stay longer than needed, would they? Yep, buddy, work sucks.

And in fact his work may suck, but I CHOSE to come to his workplace for a pleasant experience, and the LAST thing I want to hear about is that he doesn’t like his job.

What also struck me was the way he said, “THEY are going to make me close.” They… as in management above him. As in someone he doesn’t identify with. As in the boss, the enemy, the Man.

And maybe this is the root of the problem, and ultimately where the “work sucks” attempt at camaraderie-building came from. There was a palpable “us vs. them” attitude coming from this guy, and it was directed at this establishments’ management team, of which he is a part!

We talk a lot about front line employees and their impact on the customer experience, but what about you and your leadership teams? If you have leaders working for you who feel like this guy does, they could be really weighing down your service efforts.

How do you know if your leaders are are “on board”?

One area where less is not more is in the area of personal and professional development for your leaders. The more they feel a part of the leadership team, the fewer blog posts like this will be needed… Oh, and the better your business will run.

About the author: While this post is about ‘less is more’, Matt quickly acknowledges that less can occasionally be less, and sometimes less just isn’t as much.